a set of four Scottish airs arranged for accordion
RH and LH notation with suggested couplers
duration:  3:21
suitable for self-improvers and teaching accordion

The Laird O’ Cockpen  This tune from the east coast of Scotland was originally called When She Came Ben She Bobbed.  Lyrics were added by Carolina Oliphant, (Lady Nairne), who lived from 1766-1845.  The song concerns the Laird’s chauvinist approach to taking a wife without due courtship.

Queen Mary, Queen Mary  This children’s street song has an identifiable connection with one printed in 1901 in  'Vagabond Songs and Ballads Part 2', edited by Robert Ford, called Nae Bonnie Laddie Will Tak Me Awa.    According to Ewan McVicar in his reference work of Scots children’s songs and rhymes 'Doh Ray Me, When Ah Wis Wee', (2007), the song was still in use in Glasgow in the late twentieth century.  Ford quotes an informant who says the song was written by a Falkirk man, Thomas Scot, about a young lady called Russell, the daughter of a local farmer, later becoming Queen Mary in the children’s version.   Both concern the young lady’s fashionable attire.  It likely dates to the end of the eighteenth century.

Logie O’ Buchan  A tale of love and longing for Jamie (James Robertson, in real life a gardener at the mansion-house of Logie, in the parish of Crimond, belonging to Gordon of Logie.   The heroine was Isobel Keith, who died in 1826 at the age of 89.   It is thought the lyrics were written in the 18th century by George Halket of Inverallochy, Aberdeenshire, who died in 1756.  The tune appears as a jig in several dance collections and is simply titled Scotch Ballad in the 1827 journal of the 'Galaxy'. 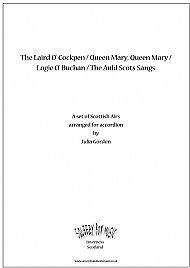 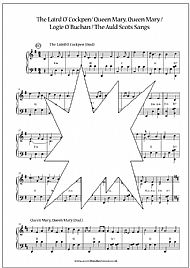 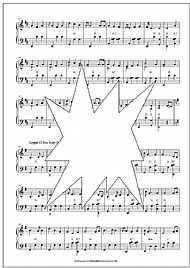 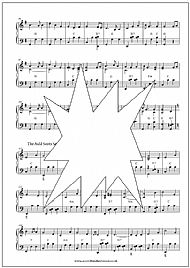